I’ve not forgotten to put them up…just managing nearly 600 pics/vids takes time…..ugh.  Hang tight, will try to get them up later today.

The older generation has a hard time offering go here. 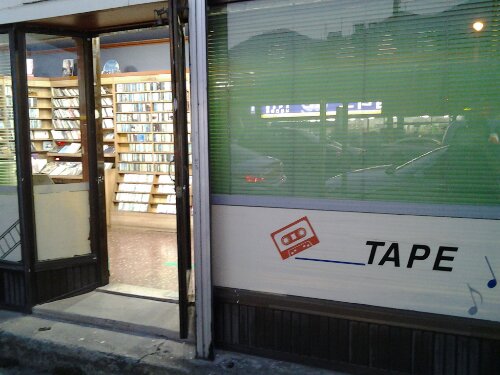 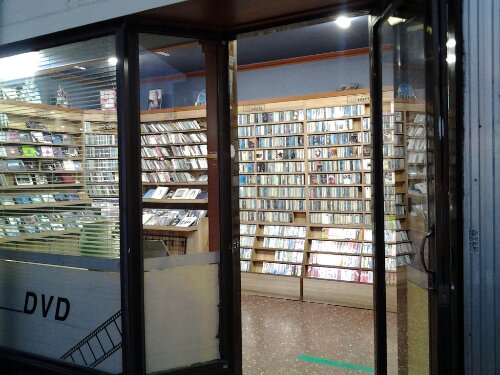 I never see anyone in third pave except the worker.  I wonder how much longer it will stay in business.

The term Sheeple is insanely accurate when it comes to those who listen to the news.  It is absolutely ludicrous for anyone to be afraid of a war actually happening.  Do you know why?  Let me tell you:

First, and this should be a rather LARGE clue.  Not a single embassy has issued a travel advisory.

From the Canadian Embassy Site:

There is no nationwide advisory in effect for South Korea. Exercise normal security precautions. (emphasis mine)

Unlike their warning for North Korea.

There is no resident Canadian government office in the country. The ability of Canadian officials to provide consular assistance is extremely limited.

Do you SEE the difference?

Here’s the US Embassy in Seoul.

A Security Message for U.S. Citizens

The U.S. Embassy informs U.S. citizens that despite current political tensions with North Korea there is no specific information to suggest there are imminent threats to U.S. citizens or facilities in the Republic of Korea (ROK). (emphasis mine)

The US Embassy on North Korea:

The Department of State continues to warn U.S. citizens about travel to North Korea (Democratic People’s Republic of Korea, or DPRK).(Actually, they go into rather LARGE depth in their warning.)

So stop your belly-aching and whining and fear-mongering about North Korea.  The news is NOT your friend in this (or any other really) matter.  They are there for one reason and ONE reason only….to make money but oh, they got you sooooo good.  There are people who are listening to some fear because of fancy words put into the media, fueled even further by paranoid families that they have decided to quit their English teaching jobs here and go home.  They don’t put a single, solitary REAL thought into the possibility of it actually happening.  They only listen to the media (yay for profits!) and give up to their fears.

Have a nice flight home you people.  Those who don’t bother to look into things for themselves.  Those who let others make decisions for them.  Those who have no spine.

War does NOT make a ruler popular.  The Kim dynasty has a history of making threats after leadership change.  This is all ‘sabre-rattling’.  It is a ‘war of words’.  It is all talk.  If you think the vast majority is poor now, how do you think they could possibly handle any-type of prolonged fighting?  Hell, even China is getting pissed at them, and China is their only real friend (not counting the Iran connections…).

Nothing is going to happen.

If it does, you have my explicit permission to say “I told you so.”  Till then, Grow a pair!

Word has it that the Richardson is pressing for the release of Pae Jun Ho, an US Citizen, for “Unspecified Crimes“.

What should concern people is that right now, tensions are a little high after the missile launch and the threat of a nuclear test being performed we don’t have an official GOVERNMENT visit to work things out (although, given the history of such and the following obvious failures…) we have CORPORATE interests gallivanting about the world, making ‘nice, nice’ with ugly neighbours.  Seriously, this smacks of the whole shift from a Democratic rulership to a Corporatocracy.  It’s not like we weren’t warned about this, publicly, in the 70’s.

This movie is one of my favourites and this scene is nearly as famous as the “Mad as Hell” scene.

So, back to my current northern neighbours.  What do you think the outcome will be?  Will Google be allowed inside the ‘hermit kingdom’?  That place where the Internet is so tightly controlled that only a select few are allowed to use it?  Somehow I doubt that will change anytime soon, given how tightly controlled the state media is.  Or should I say manipulated?  Were you aware that North Korea WON the World Cup in 2010?! (Despite Spain actually winning it seems.)

So what to the South Koreans think of the North Koreans?  Oddly not much.  There is a well know pattern that North Korea hypes up some event, threatens ‘Seoul’ with retaliation and then….fails to follow through. North Korea is like the boy who cried wolf all the time.  Sure some ‘spikes’ of interest show up (Kim Jong Il dying, Rocket launch) that get people to talk a little bit, otherwise North Korea is fairly well ignored by the southern populace.

I have met some Koreans whose families originate from North Korea (English teachers from South Africa actually) and they don’t seem any different from any other regular Korean really.  So it’s back to the big, egotistical Military types running the place and making big chest-pounding displays of strength while the rest of the people go ‘meh’.

More bullshit numbers in the news.

South Korean men spent $495.5 million on skincare last year, accounting for nearly 21 per cent of global sales, according to global market research firm Euromonitor International. That makes it the largest market for men’s skincare in the world, even though there are only about 19 million men in South Korea. Amorepacific, South Korea’s biggest cosmetics company, estimates the total sales of men’s cosmetics in South Korea this year will be more than $885 million.

huh? You mean to say that every one of those Korean men spent $26,000,000 on makeup? Seriously? The average income is significantly less than that. Wanna try that again Winnipeg Press?

I can back up each of my claims. Can you? Or are you just another mainstream media parrot? Can’t you at least afford to have people write decently researched articles?