Well,  it started out rough.   I got up early enough. Made it down to the area in which  1330 (tourist hotline) said the stop is nearby but could find the stop.   Now it’s getting a bit stressful.   They told me it was near exit 9 bit I don’t see squat. When I asked,  the best anyone could tell me is to go to this local fancy hotel and grab it there.   After a few minutes,  when I discovered that the stupid  Seoul us failed to bring up a map which would have told me exactly where it was,  and also discovering that the stupid KT people (my cell phone provider) cut out my service  TODAY  when I clearly told them  TOMORROW for the very reason I might need to use the thing….. I gave up,  grabbed a taxi and prayed that I recalled properly that there is another bus in 30 minutes because there is no way I could make it to the other stop before the bus I will miss,  will be there.

My flight is at  11am.  I get to the airport at  1010am.  Luckily there is a priority line for “leaving real soon” flights because there was no way I could wait in the line to check in. I get my boarding pass,  get through security but now it’s like 1040 and apparently the gate for my flight closers at  1040! At this point,  I still have to get on the little shuttle train to get to the right gate and now I can’t even see the signs to the shuttle….. sigh.   I ask a local worker who decides to patiently write out details,  with a heavily drawn arrow for emphasis. It takes all my will power not to raise my voice as he clearly did not look at how late I was running.

Directions in hand,  I thanked him and walk very briskly,  get on the shuttle train,  and walked a bit took fast up the escalator stairs at arrival. My legs are kinda burning,  I’m sweating way to much for this early in the day  and it is now 1050!  Did I forget to mention that I am starting because I only had a Pocari Sweat ion drink and a small chocolate milk by this point?

Luckily I can still get on the plane and wasn’t the last one.   Then I get to my seat and some Korean girl is sitting in it. Oh this aughta be good. I show her my boarding pass with  20A on it while noting 19A being empty.   The girl is now trying to find her boarding pass to confirm she is in the wrong seat.  A stewardess comes over,  the chick finds her boarding pass,  which says  the suspected 19A which then begins the moving and juggling of bags and people because these seats are window seats.

Eventually I get seated and have the most pleasant flight because the  Malaysian lady beside me and I hit it off and we chat for nearly the whole flight. If it’s very refreshing to have chatty “single serving friends” (Flight  Club reference)  as it makes flights much more entertaining and seem faster.

So now I’m a in Kuala Lumpur airport,  just finished a sandwich and writing this post.   I got  6hrs left before my next flight leave for London.   We shall see how entertaining this leg will be. 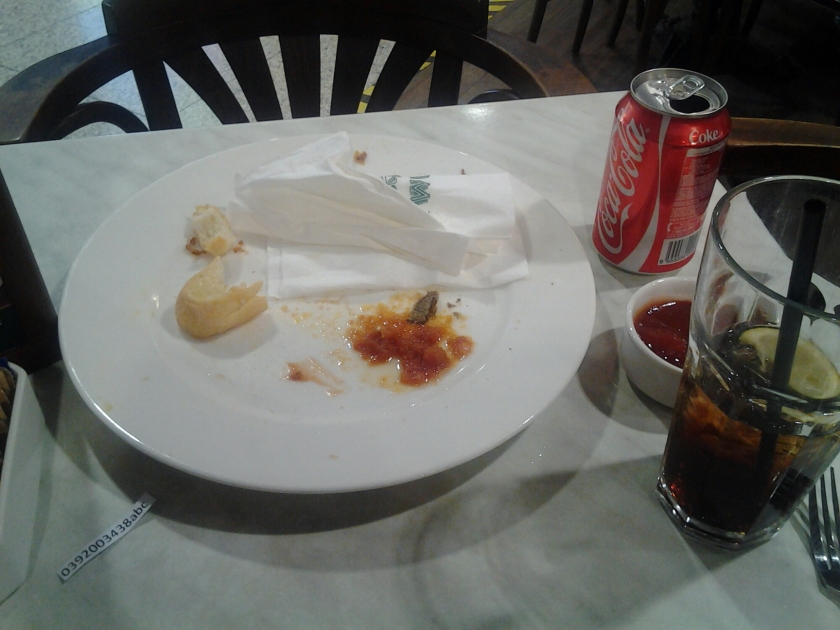