It seems that once cars became affordable, the parking laws non-existent, this bus route never changed but simple became challenged driving down some side streets that is barely big enough for a bus, let along a bus and two cars parked on each side. 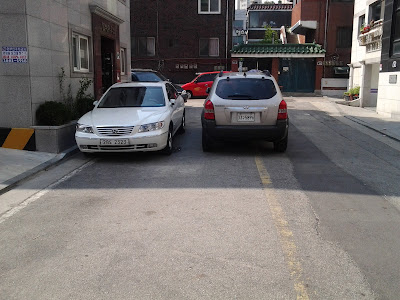 Too lazy to walk a block.

That guy parked there on a regular basis.  He was just too lazy to talk.  The rule here is that as long as you got your phone number in the window or your blinkers on, it’s legal.  (That’s sarcasm in case you missed that).

This site uses Akismet to reduce spam. Learn how your comment data is processed.